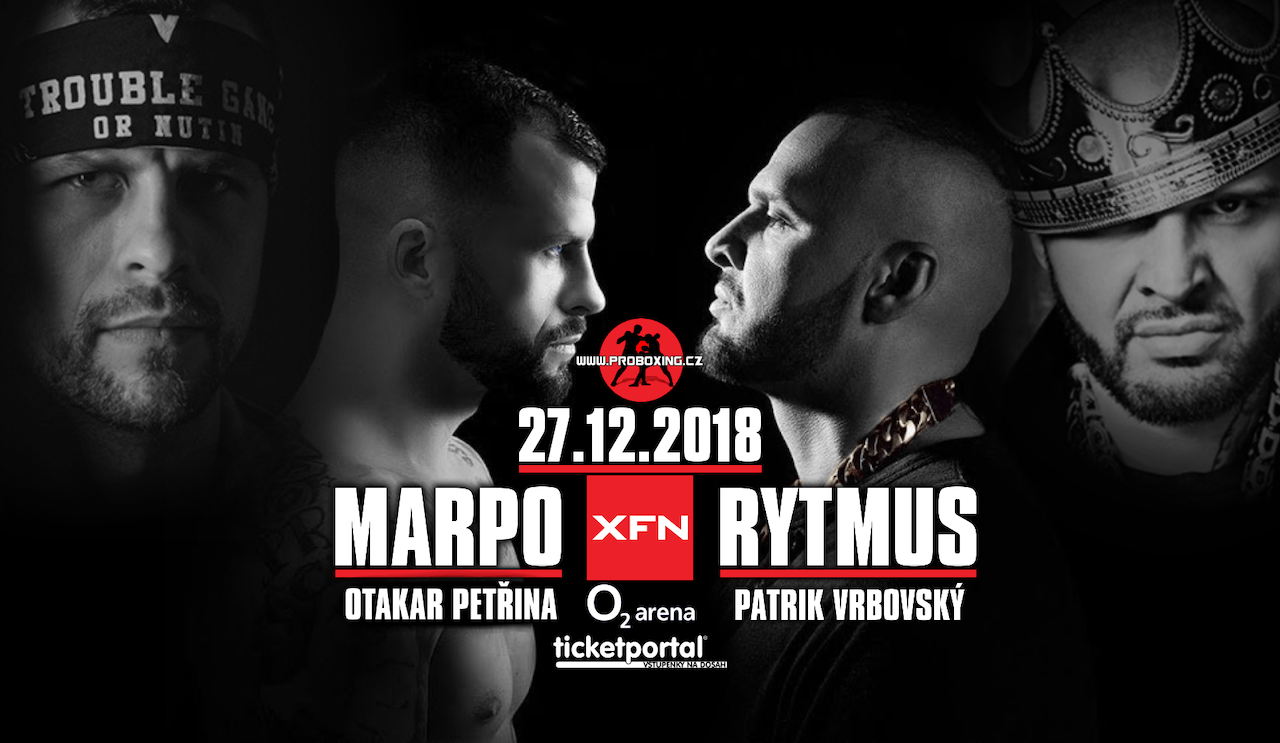 The biggest Czech-Slovak MMA championship: X Fight Nights scheduled for 27th of December, 2018 as XFN 15: Marpo vs. Rytmus to be buzzing the Prague O2 Arena. 14,000 tickets have been sold already

The XFN martial sports organization beats all milestones of Czech-Slovak martial arts and after the XFN 6 and XFN 11 events it will be presented for the third time in the Prague O2 Arena – this time as XFN 15: Marpo vs. Rytmus. The attendance, after opening the top floor of the Prague O2 Arena (which opens for the first time in the history of martial sports in Prague’s O2 Arena), is going to breaking its limits again. Marpo vs. Rytmus? WeAreXFN

One of the most anticipated fights this year. The fight will be attended in the O2 Arena by many rap and hip hop fans of Marpo or Rytmus. A fight that breaks the habits of martial arts and raises the interest of people who have never been interested in this sport before. Fight night XFN 15 and a boxing fight between Czech and Slovak celebrity of the rap music is one of the best achievements of the XFN’s successful year. Nowadays, the whole Czechoslovakia talks about this fight between the Czech vice-champion in thaibox and a famous Czech rap star – Marpo against the Slovak star of the rap music – Rytmus, will now face each other.

Patrik “Rytmus” Vrbovský, who has been boxing for the last couple of years, looks forward to the fight against the Czech hip-hop star Marpo – alias Otakar Petřina, and says “I have had sharp sparring with people who have hard wounds. And I thought I was doing well and had to move it, to bring it on. It is a challenge. And I love challenges in my life”. Marpo, who previously fought as a Thai boxer and has nine fights on his record – of which six won. Saying “I have to shoot Rytmus down and I need to set it up in my head as a proper hunter”. Marpo, unlike Rytmus, hesitated with this fight: “I was very much looking forward to a fight against Saenchaeus, because he is a Thai number one or two, with 316 wins. I knew I probably could not win, but it would have been an honour to let someone like that to beat the shit out of me, so I was really hesitating a lot with the fight against Rytmus”. After all, the fight with Rytmus has been accepted and after Christmas, in the O2 Arena, they will measure each other’s strength and skills.

The fight between Marpo and Rytmus, by far, is not the only fight that the attendance can look forward to. After a nearly five-year break, the number one champion of Czech boxing, Lukáš Konečný, will fight once again and his opponent will be a Slovak fighter Matúš Bibiak, who has eight fights on his record, of which only one loss. “After nearly five years break, I do not want a world champion fighter, logically. I want myself to feel a little bit like the champion and not as an underdog, but on the other hand I can not lower myself and fight some dummy because I would devaluate the comeback and the event itself, “explains his attitude 40-year-old Lukáš Konečný, who has 50 wins including 23 K.O.´s. He lost only four times and every single time via split decision. „The surgeon“ as the European and the World champion has been always called, still has lots of skills to show to the world. After his retirement there has been quite a huge gap in Czech boxing.

Apart from the fights, visitors can also look forward to the unique instant rebuild of the octagon into the boxing ring. On the XFN 14 the rebuild was completed within impressive 12 minutes and 58 seconds. You can check it out HERE.

Another challenger for the invincible Czech MMA star Karlos “The Terminator” Vémola will come out of the fight, on this event, between Patrik Kincl and Petr “Pino” Ondrůš. They both lost their fights against „The Terminator“ Vemola, both hungry for their revenge. But first, they must fight each other. Patrik Kincl, as the first of Czech fighters, who made it with Vemola into the split decision after 3 quite even rounds. However, Vemola won 3:0 via split decision. Ondrus did not spend such a long time in the octagon with Vemola because he lost twenty seconds before the end of the first round by rear naked choke. “I will retire only after I beat him”, said with a smile as he expressed his interest in the revenge against „The Terminator“ Vemola.

The city life can be very stressful, so entrust your body into our hands! To care about your bliss and well-being is their absolute priority. We are sure to give you unforgettable experience which you will want to revive…

As you can see Nirvana is a place, where any wish, any desire is to be satisfied. We have created a perfect place for sexual experiments and encounters, an oasis full of attractive young girls destined to give pleasure and unforgettable lusty experience.

Flashback: Nurse / doctor and patient roleplays are back! 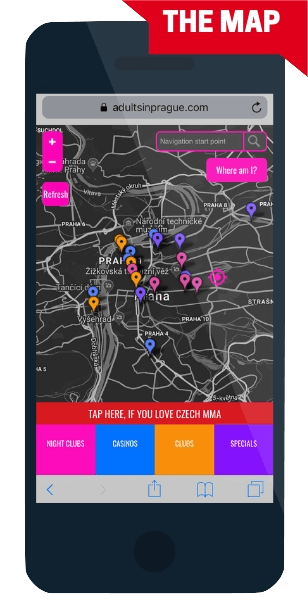 The following pages may include sexually explicit image or text material that may be offensive to some people and are accessible only to persons of legal age 18 (21 where required) years. Please make sure you understand all rules and conditions of entry. By clicking on 'ENTER' you manifest your unconditional consent with all the conditions. If you do not meet these conditions, please leave this site immediately. The Ministry of Finance warns: Participating in gambling may cause an addiction. Prohibition of participation of persons bellow the age of 18 on gambling.